Meanwhile the guitars of Ulrich Teuffel are worldwide searched instruments that can be considered as a ‘sounding art objects’ equally. Museums and major artists are thrilled by his innovative ideas and creations.

Ulrich Teuffel is manufacturing every guitar completely by himself in very small quantities, i.e. not more than 20 units over all per year.

I am delighted to offer you a Teuffel Guitar from time to time. 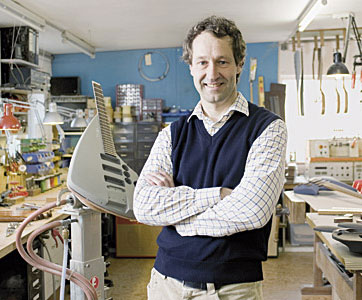 In spring of 1995 Ulrich Teuffel presented the  ‘birdfish’ for the first time at the ‘Frankfurter Musikmesse’.  The British magazine „Guitarist“ picked it as one of the most important guitars of the 20th century. The birdfish has won three design awards and is on display in several museums. It is played by musicians such as David Torn, Henry Kaiser, Hans Zimmer, Billy Gibbons, Dusty Hill, Page Hamilton, Kirk Hammett, Amir Derakh and many others.

“My original idea was to build a guitar which is constructed so that the fundamental elements, the tonewoods and the pickups, are put together in a modular fashion. This design not only allows unlimited tonal possibilities, but also results in a very lively and percussive tone.”

The ‘birdfish’ series is limited to 500 instruments.

The offered instrument has ‘charcoal’ color.
2 sets ‘tonebars‘ come as standard. The ‘tonebars’ define the ‘sound’ of the guitar.
They consist of American Alder and Michigan Maple.
2 single coils and 3 humbuckers are also included. The character of the single coils is ‘vintage‘, the humbucker is respectively P90, PAF and PAF hot. 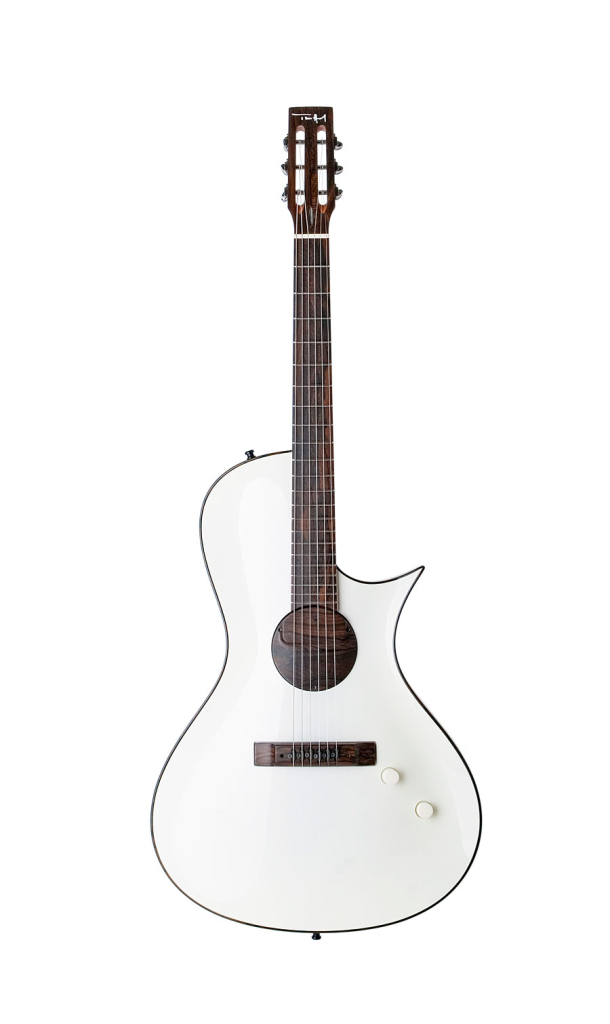 A homage to the art of the spanish luthier Antonio de Torres (1817 – 1892), a great innovator and designer of the modern classical guitar with his model ‘La Leona‘.

Perfectly shaped electric guitar with overt and covert sound chambers. Body and neck are made from Honduras Mahogany. Fingerboard, bridge and PU of wonderful South American Ciricote.

Comes in an ivory garb, polished by hand. Bedded in a precision molded luggage:

Antonio (ivory) is coming back in February 2018.
Please reserve your Antonio. 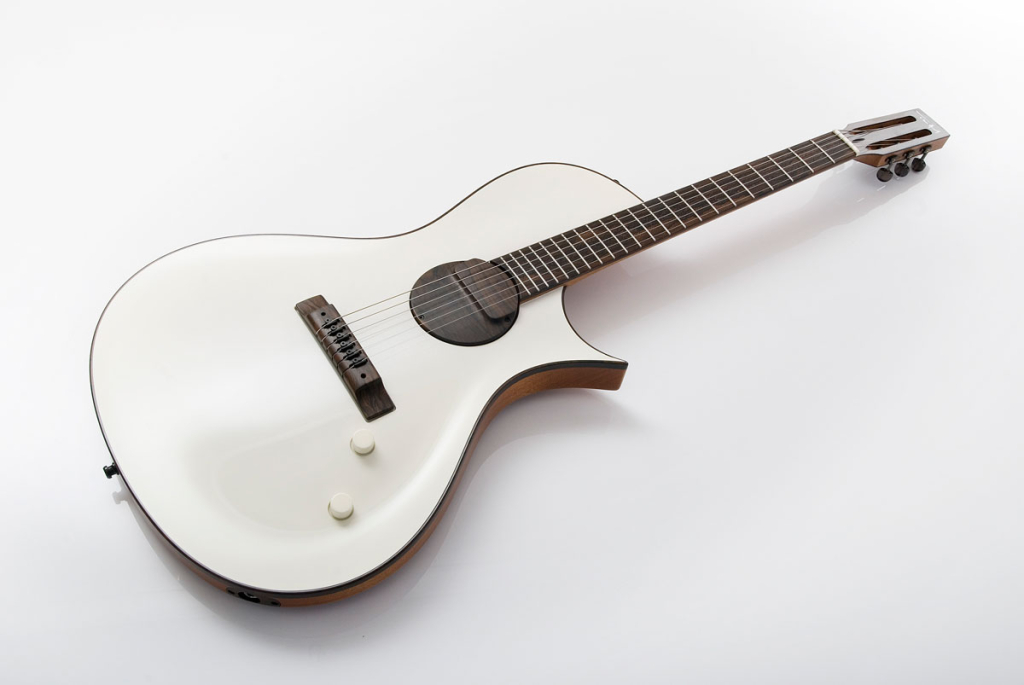 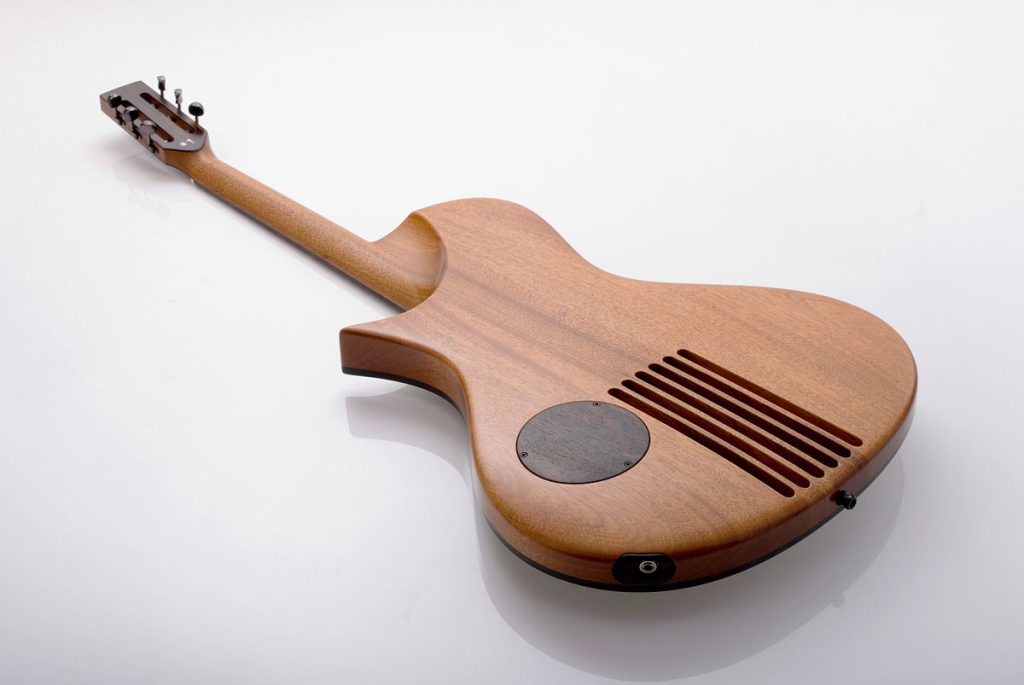 A gorgeous ‘birdfish’-design in nickel. Tonebars and PU’s with ‘visible‘  AAA wooden structures.
For the first time presented at the Berlin ‘Holy Grail Guitar Show‘ in November, 2015.
Price:  SOLD!
Another Nickel Birdfish arrives in May 2018.
Reserve your Birdfish! Let us know about your desired specifications. 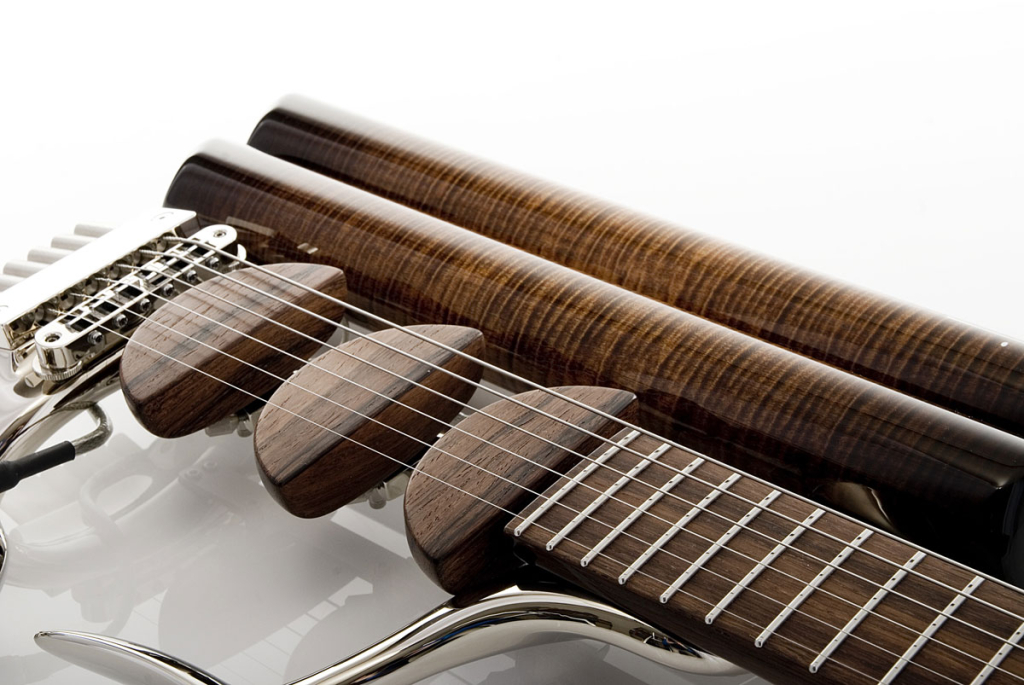 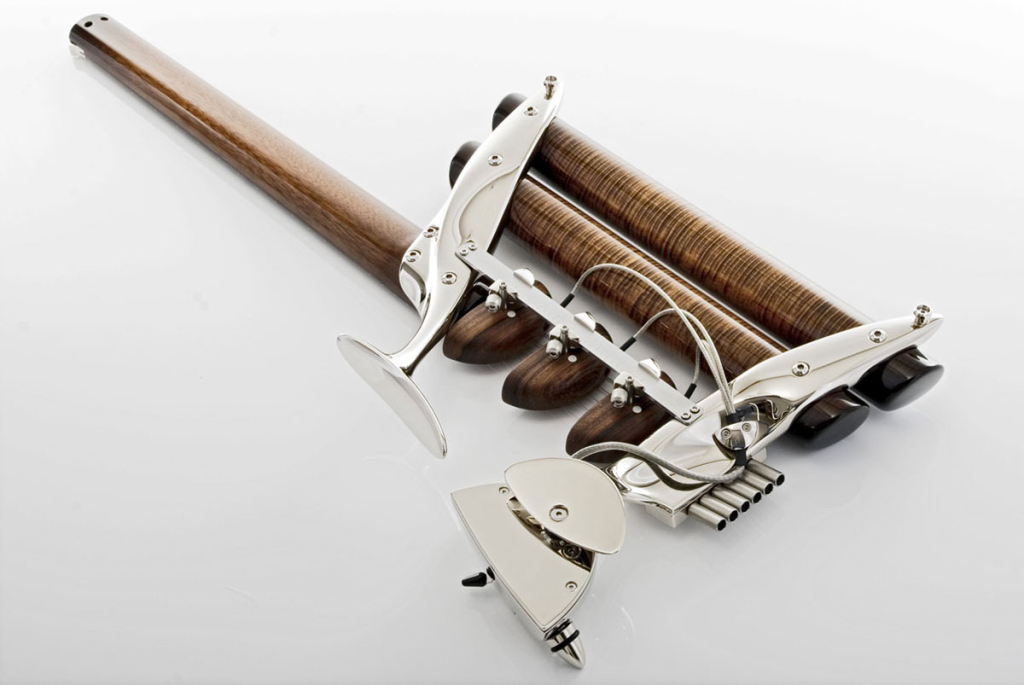 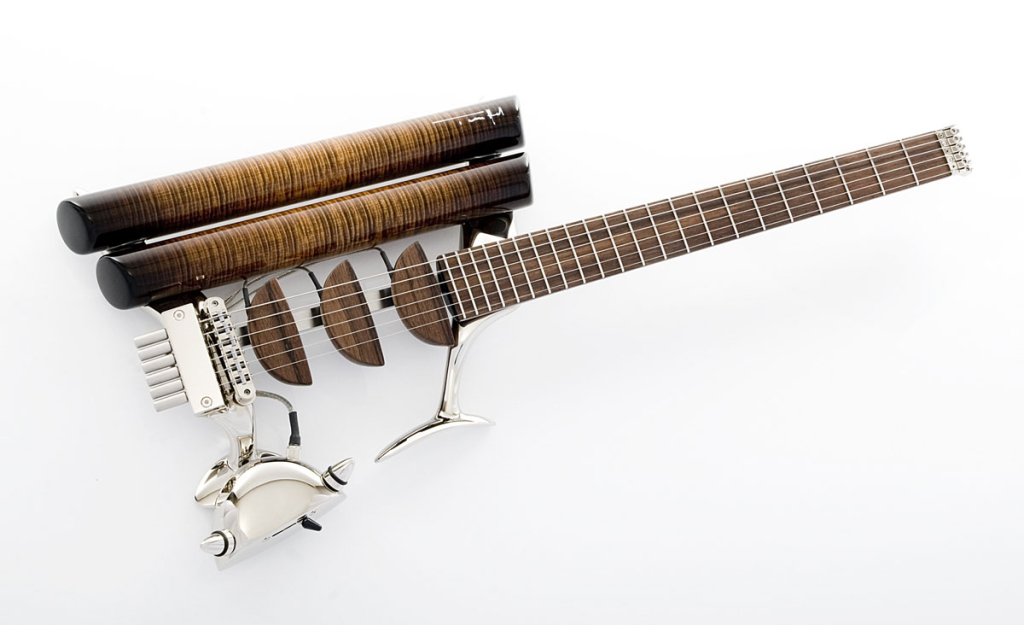